Return-On-Investment: financial profits of "No Time To Die" and future Bond-films

GertGettler Laptop Barcelona
September 2019 edited September 2019 in No Time To Die (2020) Posts: 431
As you know, in the past I have started some topics about possible box office predictions, and how 'delirious' I used to be about possible 1 Billion Dollar grosses and how 'extraordinary' that was. "Skyfall" passed the $ 1.1 Billion threshold, and "SPECTRE" almost grabbed $ 900 Million.

However, Hollywood has changed considerably in the recent 4 years. Mostly because Disney (Lucasfilm, Marvel, 21st Century Fox) has been eating up competitors like chocolate, so that it's now a true superstrong entertainment-monopolist, perhaps only feeling some competitive winds from Comcast (which owns Universal). Box office grosses have been broken consistently in those past years, so that $ 1.5 Billion or even $ 2 Billion becomes a new threshold in blockbuster-land to be reckoned with.

But I do not wish to focus on that. Recently I did some (simple) research and really asked myself: How profitable are all these blockbuster franchise-films? And especially how profitable are Bond-films these days? As you know, 'profit' is very different from 'turnover' or 'sales'. Therefore I dug up some information about the real profits of the (recent) Bond-films, or the so called 'Return-On-Investment'-ratio (ROI).

So every now and then I am writing a guest article for Bill Koenig's wonderful SpyCommand blog. I have to thank him for that! This time around I focused on the ROI, and I wrote this: https://spycommandfeatures.wordpress.com/bond-confronting-changing-media/. I am very curious what you fellow fans think about it, and what you think could or should be a realistic ROI-figure (in percentage points) for the new Bond-film "No Time To Die" and future Bond-films.

Down below you will find some recent ROI-scores. One infograph I made compares all the Bond-films with each other, the other ROI-infograph compares "SPECTRE" with the most recent action-blockbusters. I hope this interests you. And it would be nice to also have a pragmatic discussion about the financial health of the Bond-franchise, now and in the long-term future. Because really, box office talk is only one aspect of it ;-). 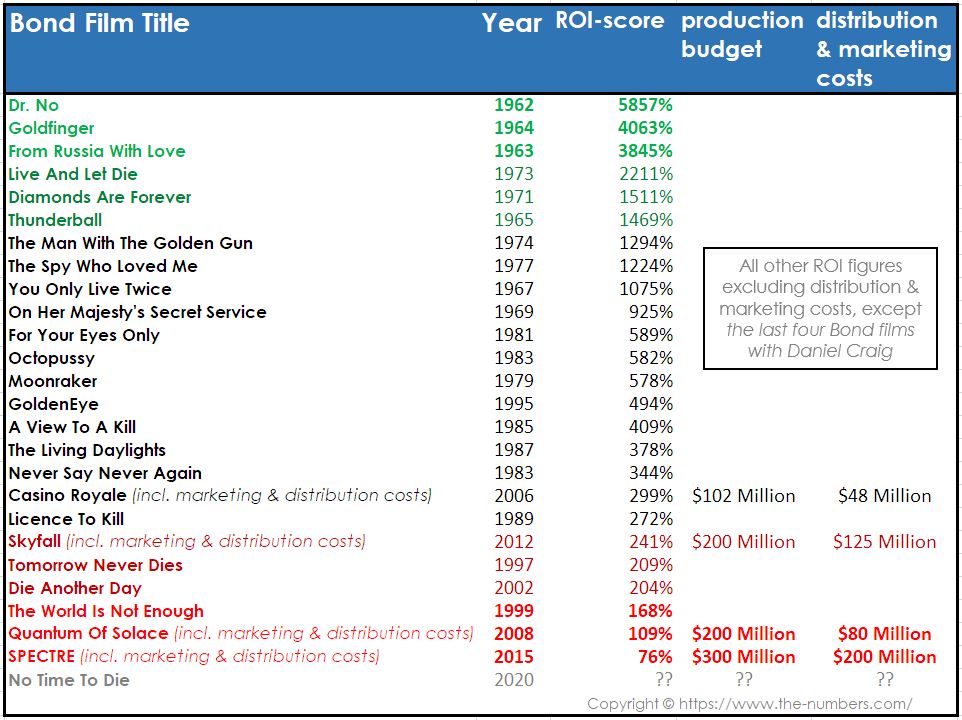 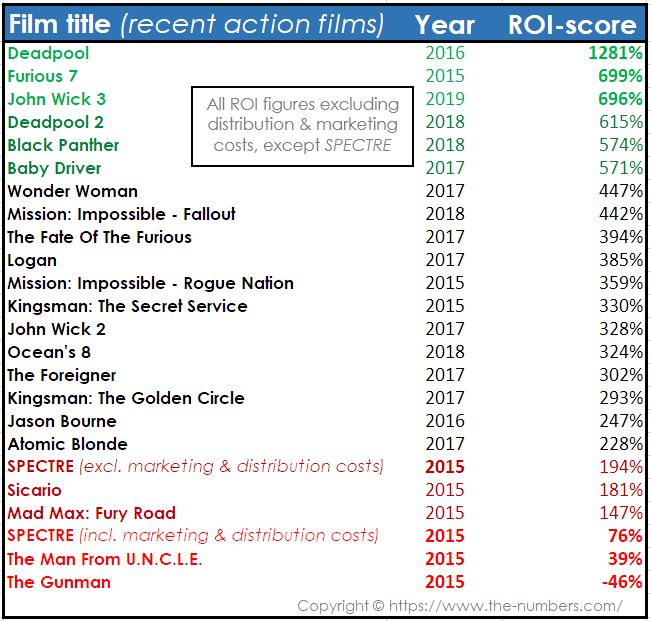 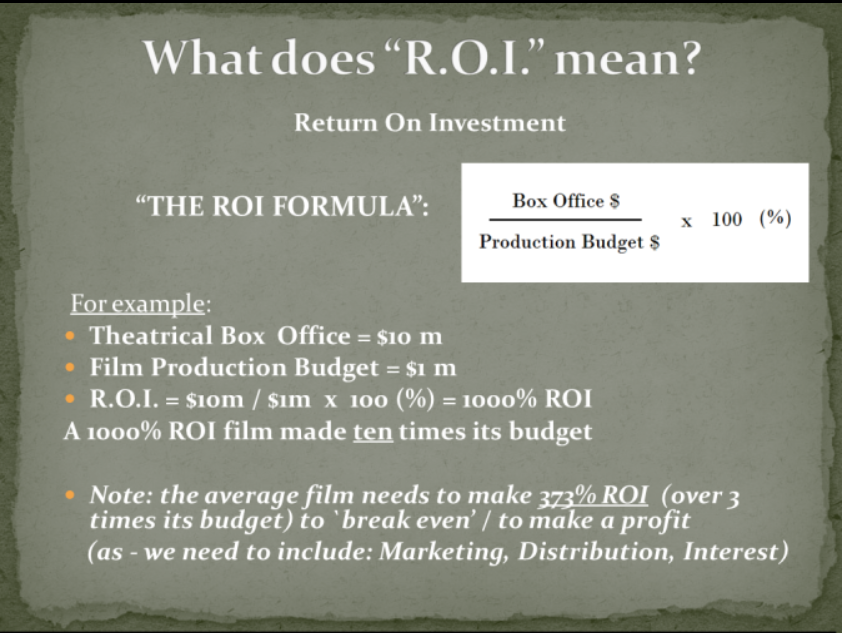