The MI6 Community Religion and Faith Discussion Space (for members of all faiths - and none!) 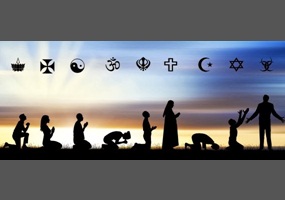 OK, so to take the sting out of my 'Do you believe in ghosts?' thread which seems to have yet again mutated into a discussion on science versus religion here is a space of this community in which members can, if they so wish, come and discuss all aspects of religion, faith, belief, religion versus science or whatever else. I have thought on numerous occasions that such a thread as this was urgently needed on our community here and I still hold to this belief, hence this thread.

I know that an earlier thread on this subject was deleted almost immediately after its creation, but I think this community now needs such a space to concentrate this important discussion. It is open to people of all faiths and none here on this community. I appeal to mods and admins to let it remain, unless every thread on the community have leaching of religious discussion onto unrelated matters.

Hopefully this space will be used in an appropriate respectful manner, lest we lose it completely. I know our members here will strive to ensure that this will be the case.