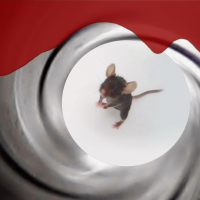 zerozero The far far east
August 2016 in SPECTRE Posts: 58
One thing that has bugged the hell out of me with regard to SPECTRE is the bit about Blofeld having murdered his father and changed his name "twenty years ago". The Blofeld we see in the film is clearly in his 50s, but if he was a youth (as shown in the press clipping of Frans Oberhauser) then two decades on top of his age, even if he was 18, would make him only 38 maximum.

I had always understood that Bond was about eight or ten when he was orphaned. He had "two winters" with the Oberhausers and I'm assuming these were consecutive, so again, 20 years on that makes him max. 30 in this film and Craig is clearly much older than that.

Have I missed something?

(Incidentally, I have searched on here for any threads covering this topic, but couldn't find any. If it's a duplicate, then mods feel free and merge this)