SKULL (Predator 5) and the Predator franchise. 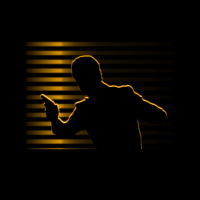 New details have been revealed for Dan Trachtenberg's upcoming Predator movie, as the final leg of production gets underway.

During a recent interview with Collider, producers John Davis and John Fox revealed the title of the new Predator movie is Skull and that it is "probably three-quarters of the way through" production. They also shared that Trachtenberg's film will be a female-fronted origin story tracing the Predator's first journey to Earth.

"It goes back to what made the original Predator movie work," Davis said of Predator 5, which he likened to the Leonardo DiCaprio-starring film The Revenant. "It's the ingenuity of a human being who won't give up, who's able to observe and interpret, basically being able to beat a stronger, more powerful, well-armed force."...